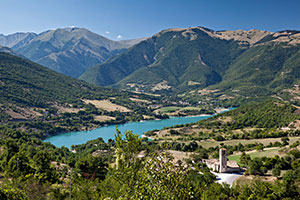 The geographical position makes the Farm a perfect base to start exploring the beautiful Marche region rich in gastronomy, culture and art.

The first municipality from which is: 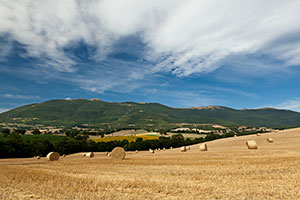 Treia, town of residence of the farm, located north of the valley of Power is one of the nine municipalities of the Mountain Community High Valleys of Power and dell'Esino dall'Appenino that goes towards the Adriatic Sea and is the testimonial of the Game of Ball with Bracelet , spectacular sport loved by Leopardi that the greatest player of all time, the Treia Didimi, has dedicated a song. Do not miss the Festival of Calcione, Polenta and Grilled Pig and last but not least remember the headquarters of the Kitchen / furniture LUBE.

Appignano, a small town in the province of Macerata where reside the master potters, excellence of our regional crafts and where the town's famous festival Leguminaria, the "value" of the dishes poor Marche cuisine and finally the place of origin of Pietro Masi said Bellente, famous brigades that in the first half of the 800 century wandered in the countryside.

Only 10 km away we can visit Macerata, considered one of the city livable again thanks to the many green points located in different areas, located on a hill between the valleys of the River Power to the north and the south of the river Chienti. Many things to see and to know about Macerata: 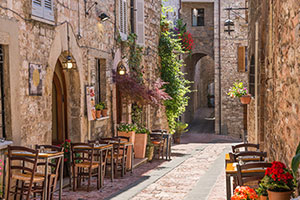 A 20 km from the farm you can reach the Abbadia or rather the Natural Reserve of Fiastra, recognized in 1985 by the Italian state, is located in the heart of the Marche region between the towns of Tolentino and Urbisaglia. The priority aspects of safeguarding of this protected area are given by the presence of an ancient Cistercian monastery which thanks to the care of the monks before and the family Bandini then preserved a forest of about 100 hectares in the predominantly oak but also as the old oaks oak, the flowering ash, field maple, the arisaro and the rare head bowed. So today in a territory that extends from the valley floor between the beds of the rivers Plate, Chienti and the river Entogge also dug some small lake of artificial origin, to the gentle hills rising from that of riparian vegetation to that campaign Marche, up to that of the forest itself. 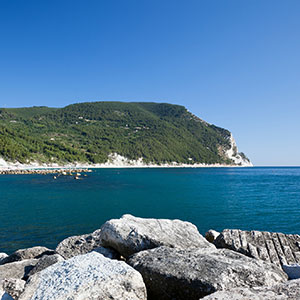 While going to the coast about 22 km you can reach and visit the city of Leopardi, Recanati. Sorge, also on a hill between the valleys of the rivers Potenza and Musone and is known not only for hosting the poet Giacomo Leopardi, where in his Palace open to the public today still living his descendants, but acnhe for hosting for several years, the opera singer Beniamino Gigli. This city is full of churches, streets and suburbs, a large old town, rich in historical monuments: to mention of course the home of Silvia, love of Leopardi, the garden of the infinite, the square of the Saturday of the Village as well as the Tower of Lonely Sparrow

For lovers of the coast can be reached in about 40 km Mount Conero: upstream of the Umbria-Marche on the Adriatic Sea coast. Is the most important along with the Gargano promontory of the Adriatic and has the highest cliffs of the entire east coast Italian; on its promontory that extends from the name of the Conero Regional Park which includes the following municipalities: Ancona, Styrene, Numana, Camerano. 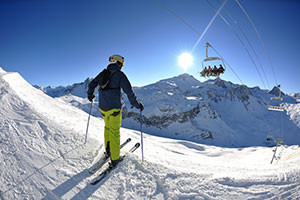 However, those who are fond of the mountain in about 45 km reaches Sarnano. The beauty and livability of this place have earned the municipality the orange flag of the Italian Touring Club. The winter sports center is located at the foot of the Sibillini Mountains with 11 ski lifts in the resort of Sassotetto.

To this was added the possibility to visit places of great artistic, historical, natural, religious and cultural, such as: the Castle Pallotta Caldarola or the Castle of San Gines Roccacolonnalta or even Rancia Castle in Tolentino, the Sanctuary of Loreto, as well as the ruins of Recina Villa Potenza. There are many natural resources available to the territory and then hiking in beautiful environments such as Lake Pilate or the Gorges dell'Infernaccio as also the Frasassi or still fresh and healthy thermal waters in Tolentino.

And last but not least, the area is very rich in prestigious companies and famous trademarks related to fashion, footwear, leather goods and clothing to that can enable real shopping tour at affordable prices at the factory outlets and outlets scattered throughout the territory. ( www.outletnellemarche.it) 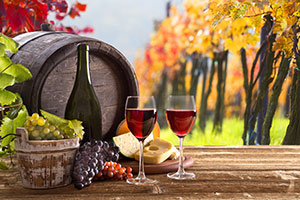 Cookies help us to deliver the services on our site. By using the Site you agree to the use of cookies in accordance with our guidelines.